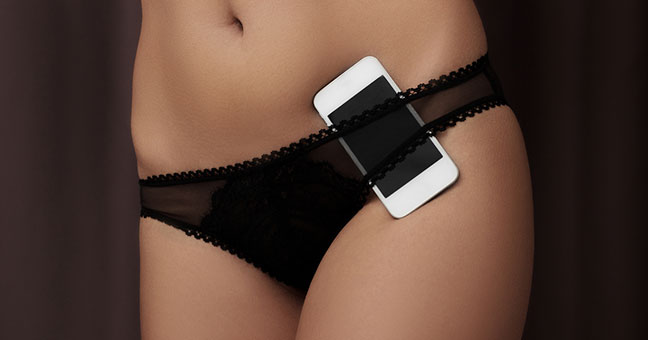 The recent revolution in the online dating business has made a stunning variety of dating websites available to the general public. With the growing availability and omnipresence of smartphones and other mobile devices, more and more platforms dedicated to online dating are now developing applications in order to allow users to stay in touch even at times when they are away from their desktop computers. And while applications that focus on long-term relationships are rather popular worldwide, many young people nowadays tend to prefer those hookup dating apps that help them enjoy the fun part of dating. Whatever kind of arrangement you are looking for, these sex dating apps make no-strings-attached romance effortless.

DOWN’s initial embodiment was Bang with Friends and was not allowed to be published on App Store’s listings for that matter. Today DOWN is one of the most popular sex dating apps available worldwide and it caters to the needs of heterosexual daters just as well as to those of the LGBT communities. On DOWN, users are allowed to express anonymous interest in hooking up with those who are on their list of friends on Facebook. If the interest turns out to be mutual, you will receive a notification and start arranging a forthcoming date, but if it doesn’t the person will never even find out about your affection. To an extent, it may be seen as something like Tinder for users who want to be more direct about their intentions. There is the DOWN Blog section that publishes users’ testimonials that lets you find out people’s actual opinions of the adult dating app.

Some industry specialists describe this sex dating app as “seamless for sex” and is largely similar to the previously mentioned DOWN in its rather direct attitude towards online dating. However, there is one respect in which Pure is different from the vast majority of dating apps. On Pure, there is no pre-game chat and, upon mutual interest, users don’t get to communicate with each other until they meet up in person. Obviously, this makes this sex dating app more exciting and spontaneous, when compared to other applications available on the market nowadays.

Tinder is probably the most universal and one of the most popular adult dating apps operating worldwide nowadays. Tinder provides its members with the excitement of meeting strangers you wouldn’t cross paths with otherwise. At the same time, it offers the security of knowing that at least one of your Facebook friends knows the individual who you are interested in. Tinder’s interface is incredibly straightforward and engaging: users swipe profile pictures to the right if you like the person or to the left if you are not interested. All in all, this adult dating app is just as entertaining as it is simple to use.

Coffee Meets Bagel is another sex dating app that offers a unique approach to hooking up online. Users’ potential matches are based on their friends and connections on Facebook. As a member of Coffee Meets Bagel, you are given a suggested match every day at 12:00 noon and have 24 hours to decide whether you are interested in hooking up with that person. If you do, you may then proceed to arranging a meet-up in person.
LA Weekly describes the demographics of the app’s userbase as “predominantly white, Asian and Jewish”, with these groups making up a total of 83% of the app’s audience that unites more than 60,000 members. If you are hoping to find somebody within this demographic, you will certainly like Coffee Meets Bagel. However, if you are interested in a more diverse dating pool, you might want to try elsewhere on other adult dating apps.

This adult dating app is praised by thousands of its subscribers for its simplicity along with its efficiency. People use Skout to meet attractive singles in their area, see who has been browsing their profile and earn loyalty points to access the app’s premium functions. Skout is a fantastic way to meet attractive strangers near you, make new friends and even get to know friends of your friends a little bit better.